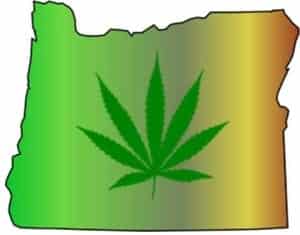 Many of us know someone who has a marijuana offense on their record; and while you may not consider marijuana harmful, a criminal conviction for marijuana-related offenses can severely limit your opportunities in life in many different ways.  Even though Oregon has recently legalized marijuana, having a marijuana charge on your record may prevent you from getting a good job or housing, limit your access to government programs, prevent you from getting student loans and professional licenses, and could generally hold you back in life.

Along with the legalization of marijuana, Oregon has recently passed new laws that permit the expungement of most marijuana felonies and misdemeanors. With Oregon Senate Bill 364 recently going into effect, marijuana-related offenses that would previously not qualify for expungement may now be expunged in the same manner as lower level offenses. Judges also have the discretion to also reclassify marijuana crimes that were previously serious felonies as misdemeanors.

After the passing of this new law, the New York Times wrote an excellent article in which it interviewed a 43-year-old mother held down by a minor marijuana offense from 15 years ago, which has prevented her from getting employment and a volunteer position at her child’s school. Now, with the expungement, her record will be cleared of the offenses and she will avoid the stigma associated with a criminal record.

The Oregon State Police estimates that 78,300 marijuana-related convictions may qualify under the new provision, according to a report submitted to lawmakers earlier this year. This is a significant step forward in ending the war on drugs which has imprisoned and branded many people as criminals for the rest of their lives. States such as Washington, Colorado, and California are considering similar laws, which could spread across the country in the coming years.

Even with the change, not all marijuana-related convictions in Oregon are eligible for an expungement.  Felony convictions for growing or selling marijuana within 1,000 feet of a school, selling pot to a minor, and driving under the influence of marijuana may not be expunged in most cases under the new law.

And of course, obtaining an expungement still has its own list of requirements, such as waiting three years from the date of the conviction to apply. A petitioner also cannot have additional convictions since the date of the marijuana conviction or pending charges against them.

Under the new law, nearly all marijuana-related offenses can generally be expunged three years from the date of the conviction, if you only have one non-traffic related conviction, and are not currently being prosecuted.  If you have more than one criminal conviction on your record, you must satisfy those requirements and also must not have been convicted of a non-traffic offense in the previous ten years.  In other words:

You will typically qualify to expunge marijuana-related offenses in Oregon if each of the following are true:

The rules and process for expunging a criminal arrest or conviction in Oregon can be particularly difficult to understand, which is why the Oregon State Police and Oregon Judicial Department recommend that you hire an experienced attorney if you need assistance in properly expunging your criminal record.

If you are ready to move on in life without a criminal record that may be holding you back, our law firm is here to help—the first step is simply taking our free, confidential Eligibility Test to see if you qualify. If you would prefer to speak with one of our Licensed Oregon Attorneys or Criminal Records Analysts, just give us a call toll free at (844) 947-3732.

You can trust that you will get exceptional service form our law firm, as we have an A Rating from the Better Business Bureau, and our attorneys are rated by Super Lawyers, a part of Thomson Reuters, and rated as Superb Attorneys by attorney rating services such as Avvo.  Our law firm has attorneys licensed to practice law in all Oregon state courts, provides low price guarantees, and is here to fight for you and help to put your criminal record behind you!