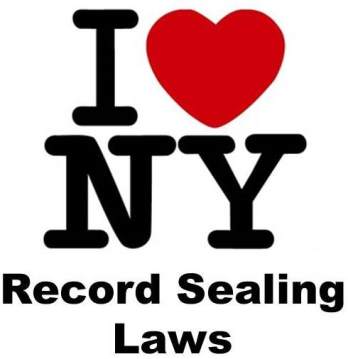 It has become apparent that the war on drugs waged by U.S. law enforcement is a war on its own people, and a war that cannot be won.  Although the United States only accounts for 5% of the world’s population, we have 25% of the world’s inmates—incredibly, about half of the 2.2 million inmates in US prisons are incarcerated for non-violent drug-related offenses.  The staggering damage caused by the war on drugs has caused both liberals and conservatives to rethink “tough on crime” policies and rhetoric which were previously essential to winning an election.

Although they are not a perfect solution, specialized Drug Courts have proven to be much more effective than traditional courts in dealing with non-violent offenders charged with drug-related offenses. A recent study in New York has shown that its Drug Courts have been very successful—reducing recidivism rates by approximately 30%.  These are impressive numbers, clearly supporting the use of rehabilitative sentencing for non-violent drug offenders.

However, even after successful completion of Drug Court, having a criminal record can often prevent ex-offenders from successfully reentering the work force and moving on in life in a positive way.  Fortunately, New York law permits the sealing of many drug-related convictions if certain conditions are satisfied.  Generally, New York record sealing is allowed for a number of drug-related offenses and “specified offenses” which are contained in New York Penal Law Article 220, Article 221 and New York Criminal Procedure Law § 410.91.  These qualifying offenses include most felony and misdemeanor drug offenses, and other serious crimes such as burglary, forgery, and criminal mischief.

It does not matter whether you pled guilty or were convicted to qualify for record sealing, but you must not have any current charges or warrants pending, and you must have successfully completed a qualifying alternative sentencing program, which includes:

When possible, completion of a rehabilitative sentencing such as Drug Court is the first step in moving forward from a criminal charge in New York; however, to truly move forward in life, it’s best to seal your record and remove it from the general public’s view.  Being able to legally state that you have not been convicted of a crime is essential in obtaining a good job and desirable housing, improving access to college and education, and qualifying for professional licensees, student loans, and government programs.

If you’re ready to move on in life without a criminal record holding you back, our law firm has is here to help—the first step is simply taking our free, confidential Eligibility Test to see if you qualify. If you would prefer to speak with one of our Attorneys or Criminal Records Analysts, just give us a call toll free at (844) 947-3732.

You can trust that you will get exceptional service form our law firm, as we have an A Rating from the Better Business Bureau, and our attorneys are rated as Super Lawyers and rated as Superb Attorneys by prestigious attorney rating services such as Thompson Reuters and Avvo.  Our law firm has attorneys licensed to practice law in all New York state courts, provides low price guarantees, and is here to fight for you and put your criminal record behind you!