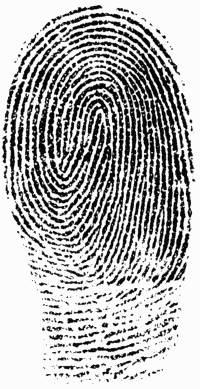 Pardon vs. Expungement: How to Fix a Criminal Record

Nearly one-third of American adults have some sort of a criminal record. According to a 2012 survey by the Department of Justice, there are more than 100 million records contained in state criminal history databases. Unfortunately, those records are largely made available to the public. Consequently, many people with a criminal record have difficulty applying for a job, seeking housing, or otherwise enjoying a civil right such as gun ownership. Luckily, many states have legal remedies for those that want to remove the record of their arrest and/or conviction in order to move forward in life without the stain of a criminal background.

The most common way to remove a criminal record is through an expungement order issued by the sentencing court. According to a report from the Vera Institute of Justice, between 2009 and 2014, 31 states passed laws on expungement, many of which expanded the number of crimes that can be expunged or destroyed. Some laws allow for the record to be completely expunged or destroyed, and others simply offer a record seal, removing it from the public record and limiting its use to certain agencies (usually law enforcement). Another way to cure a criminal record is to obtain a pardon for that offense. Many people are aware of the “presidential pardon,” which is a form of clemency conferred to the President of the United States through the Constitution. However, the President’s authority to grant clemency is limited to federal offenses and offenses prosecuted by the United States Attorney for the District of Columbia in the name of the United States in the D.C. Superior Court.

Clemency, n. Mercy or leniency; esp., the power of the President or a governor to pardon a criminal or commute a criminal sentence.

An offense that violates state law is not an offense against the United States. A person who wishes to obtain a pardon for a state offense should contact the authorities of the state in which the conviction occurred. Such state authorities are typically the Governor or a state board of pardons and/or paroles, if the state government has created such a board. Pardons are much less frequently granted than expungements, and both options should be fully understood by someone looking to correct a criminal record. The following article will address some of the differences between a state-issued pardon and expungements in general.

What is an expungement?

An “expungement” is the removal of the records of an arrest and/or a conviction as a result of a criminal offense. The very meaning of what an expungement consists of typically depends on the state. For example, an expungement in Kentucky results in the underlying charge being vacated and dismissed. Then, the court orders that all records related to the offense be physically destroyed. In other states like Ohio, a criminal record can only be “sealed” from the general public. Here, the record technically still exists, but it is sealed from the public view and is available to be examined only in very limited circumstances—usually by law enforcement personnel. For more on the difference between an expungement and a record seal, see our blog on the WipeRecord website.

What is a pardon?

A “pardon” is the act of officially forgiving the commission of a crime and absolving the offender of its legal consequences. As mentioned earlier, only certain parties within the state government can pardon a state conviction (not the President). In most cases, a state will set up a board of pardons and paroles, which issues recommendations to the governor concerning pardon applications. The governor, however, usually has the ultimate say and exclusive authority in granting pardons. Pardons can be issued in the form of a full pardon, a partial pardon, or several other slight variations.

What is the difference between a pardon and an expungement?

To a certain extent, both a pardon and an expungement serve to help exonerate and clear the name of the individual receiving it. The main difference between a pardon and an expungement is that a pardon does not erase, clear, nor seal a criminal record. Depending on the state, a pardoned offense may thereafter be eligible for expungement when it originally would not be. Yet, a gubernatorial pardon is simply an official recognition by the state that the applicant has turned his or her life around, and therefore the pardoned crime has been absolved. The criminal record, unless thereafter expunged, will still show up on a background check. Still, a pardon is a distinct honor which is only granted to those who have either proved their innocence or shown exemplary behavior as a law-abiding, productive member of society. Therefore, a pardoned offense should no longer hold a person back from seeking employment, obtaining licensure, or otherwise enjoying the same type of privileges as any other person. *

Another difference between a pardon and an expungement is that a pardon is granted by the executive branch of the state (i.e. the governor), and expungements are granted by the judicial branch (i.e. a judge). The pardon application process generally consists of filing out an application and submitting it to the appropriate state agency. Then, it gets reviewed and there may be a hearing on the matter to bring all the evidence of good conduct before the board. Finally, a final recommendation is made to the governor, who has the last decision as to whether the pardon will be granted or not. In contrast, the expungement process generally consists of drafting a petition and filing it with the sentencing-court clerk. Then, a hearing may be set on the matter in which a judge will examine the case and determine whether to issue an order for an expungement of the criminal records.

The following chart explains the pardon or expungement process for states we currently serve:

For more state-specific information on the pardon or expungement process, it’s always best to consult the relevant state law. Each state has their own set of requirements and varying procedures, which can be difficult to correctly navigate without the assistance of an attorney. If you’re seeking relief from a criminal record, it’s usually best to consult a law firm experienced in such matters. This way, you can feel confident knowing that the matter will be handled in an efficient and competent manner.

*The restoration of firearm rights may vary by state