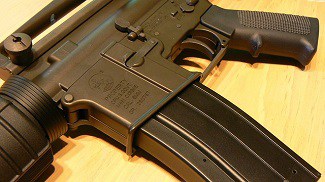 In the wake of recent mass shootings, lawmakers are considering a push for “red flag” gun control measures. Many Americans are wondering what this means for their Second Amendment rights. Essentially, these are laws that are aimed at removing firearm rights for potentially dangerous individuals. How is this accomplished? Red flag laws would allow state courts to sign a special type of order that allows police to temporarily confiscate firearms from certain people. Think of it like “temporary protective order,” but for guns. Those who are deemed by a judge to be a danger to themselves or others may have their guns removed for a certain period of time.

Another question that red flag laws bring up is, how long are the person’s guns taken away? The answer depends on the situation. It usually takes an additional court hearing to extend the original court order. However, while under a red flag order, the individual is barred from purchasing firearms as well.  Many of the specifics vary depending on the state. Currently, at least 17 states have some version of red flag laws in place. California’s laws are some of the more restrictive, while New York recently passed their own red flag laws as well. New York’s law prevents individuals who show signs of being a threat to themselves or others from purchasing or possessing any kind of firearm.

Some groups such as the NRA have voiced concerns about the passage of red flag laws. Specifically, that the laws may go too far by allowing courts to confiscate guns from people who have not committed a crime. Also, the Constitution demands due process of law, which may be sidestepped by allowing orders to be issued without giving the target a chance to be heard. With so many important issues at hand, it’s likely that these laws will result in a large amount of future court cases.

President Trump has voiced support for extreme risk laws and strengthening universal background checks. Most of Trump’s comments about the recent mass shootings focused on mental illness problems. In terms of red flag laws, it’s still unclear what Trump might actually want to see actually happen. On one hand, he remains a strong supporter of gun rights, and blames the shooter for the violence. On the other hand, he seems to be open to stricter gun control laws of some sort. Trump’s recent remarks have outlined a few things that he plans to do, including working with various law enforcement agencies to detect mass shooters before they strike. Only time will tell how these issues will play out in the legal landscape.

If you have a criminal record and are interested in gun rights restoration, it’s best to seek the advice of an experienced attorney. Take our firm’s free, confidential eligibility test today to see if you qualify.