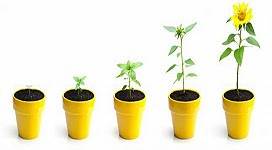 We’re Growing As A Nation

If you take a step back and look at all the progress that has happened in the last few years in America, you should be proud to be a US citizen.  There have been many progressive issues that have been in the news recently from national healthcare reform, gay marriage and one that is dear to our hearts, reformation of the criminal justice system.

Many states are beginning to realize that their criminal justice systems are a burden on their budgets.   An extraordinary amount of tax payer dollars go towards prosecution and incarceration of low level drug and non-violent offenses.  Upon release from incarceration, convicted felons have an incredibly difficult time finding a decent job or a place to rent.  All of these factors combined make the cost of mass incarceration and criminal prosecution of non-violent offenses staggering, and unnecessary.   One study conducted 7 years ago, using Bureau of Justice statistics, the center estimated reductions in working male population attributable to a prison record or felony conviction cost the U.S. economy between $57 billion and $65 billion in lost output to the GDP in 2008.

State law makers are realizing that this is a trend that cannot continue.  Each year new states are passing laws that allow ex-offenders to seal or expunge a criminal record.  A rare, but welcome, bi-partisan effort has helped increase the job, housing, and licensing opportunities for citizens with a criminal record through record sealing and expungement statutes.

Let’s look at some states that have taken a step forward in reforming their criminal justice rules.

California: California allows you to expunge (or dismiss) misdemeanor and felony convictions where a probationary sentence was imposed.  If you have a felony that classifies as a “wobbler”, you can reduce that to a misdemeanor and expunge the case.  A “wobbler” is a crime that can be charged as  misdemeanor or a felony.  Check out the list of convictions that can be expunged by referring to the California Wobbler List.  The expungement process is a retroactive dismissal of a prior conviction.  Once the process is complete, you will be able to honesty say that you have not been convicted of crime.

Oregon:  If you haven’t heard the news yet, Oregon has legalized recreational marijuana use – a big step for our nation!  What’s even more powerful is that starting on January 1, 2016, certain marijuana related convictions (save a motor vehicle incident), may now be eligible for expungement.  The law is known as Senate Bill 844 that just needs to be signed by Gov. Kate Brown (the consensus is that this will be signed quickly).  You can read more about this in our Oregon Weed Expungement blog post.

Minnesota: Minnesota just passed their Second Chance Law.  This went into law on January 1, 2015 and will allow for thousands of MN residents previously unable to legally do anything with their criminal record to petition the courts to legally expunge their record.

Texas:  The law in Texas currently says that if you’re convicted of anything, you cannot expunge/seal that record. Even if you were caught for shoplifting when you were 19, the conviction will be on your record for the rest of life unless the rules change.  However, the TX  Legislature passed Senate Bill 1902 which expands the record sealing (aka Order of NonDisclosure) law in Texas to many one-time offenders with a misdemeanor conviction.  While this bill improves the State’s current law, it will ONLY apply to offenses committed on or after September 1, 2015.  Regardless, a HUGE step in Texas!

As you can see, many states are taking the right stance on criminal justice reform by allowing those with a criminal record to expunge/seal their past mistakes.  Do you have a criminal record?  Take our FREE and confidential expungement eligibility test!